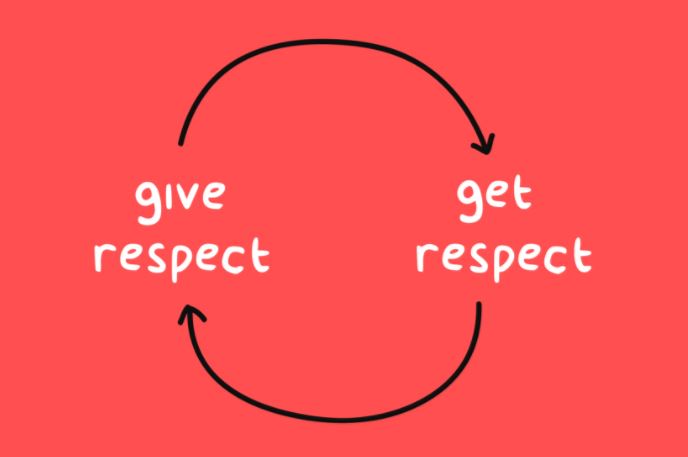 I see many memes and rant posts online about how respect SHOULD work.

SHOULD work? Says who? You? Not likely buddy!

“Remember the time when Americans respected the office of President and the flag and the Bible and Jesus and Mama” and on and on?

These posts are touted as coming from a place of nostalgia but, they aren’t. Pride, arrogance and ignorance allow ego to rule better judgement. And, when unbiased, unclouded judgement gets thrown out the window no amount of “I’m not a this or that” statements can act as a logical disclaimer.

None of it makes sense. You sound dumb and stuck in the past not nostalgic. And, I am not trying to be purposely mean here, I’m stating a fact. There is no need for half of the “in my day” posts I see online…other than to purposely stir shit.

Please don’t assume that I long for the same idyllic (highly dramatized) past that you seem to. One filled with parents that taught their children how to be “respectful” and resilient by hitting them with a wooden spoon, washing their mouths out with soap and letting them roam free across the countryside like tetanus riddled, dirt eating hobos.

That doesn’t sound fun at all! Not one bit and I lived through a lot of this except lets add a fist up side the head, getting slapped across the face with a dirty, wet mop and a wild desire to run away for some strange reason. I wonder why I would want to flee such a bucolic life but, please go on about how awful anyone 20+ years younger than you is. Cough…cough…jealous…

Uh, aren’t you whining online about your opinion of kids today? An opinion based on other bullshit you see posted by fellow, crusty Gen Xers and dusty Boomers? Oh, shit! You’ve officially become your parents!!! And, you’re also a fucking hypocrite. Who raised these so-called entitled brats? Hmm? I can’t hear you. Oh, that’s right! Gen X and Boomer complainers did. How soon we forget and get out of here with that shit!

Should have listened to Nancy Reagan and just said no to drugs…because your memory sucks!

Okay, so we’ve now established that the “they need to learn respect” and the compulsive posting of remember the good old day bulletins are no more than scabs covering guilt over either being a sometimes shitty child who grew up to have some shitty parenting moments or…you were raised by shitty parents and wanted to encourage your children to speak their minds without hesitation exactly because of how you were raised.

Which is it? I’ll go first. I can claim all of them, without hesitation or shame. That’s how honesty works. It’s a game changer I tell you! Why lie about it?

Now, let’s get to the “I’m not a ________” people. If you have to pronounce what you aren’t online, for all to see, even those who don’t give a shit, then most likely…you ARE whatever belongs in that blank. I don’t pretend to be that which I am not and instead of protesting against what I “think” others are accusing me of being I, instead, live my life in a way that such accusations never happen.

If you don’t give them an opening then they will never make it through the door.

So, in conclusion…stop demanding respect from others when you, yourself show disdain and disrespect towards others you feel aren’t like you or those who don’t live up to your idealized view of some fictionalized grand past.

The past is done. Change helps people evolve for the better. And, standing up for yourself isn’t an example of entitlement, it’s power. Wake the hell up from your daydream and smell the future’s coffee.

Unauthorized use and/or duplication of this material without express and written permission from this blog’s author and/or owner is strictly prohibited. Excerpts and links may be used, provided that full and clear credit is given to “In the Land of Reverie” with appropriate and specific direction to the original content.